So Far So Good

“The first thing I ever cooked was instant noodles when I was six or seven years old. I cried after cooking it because it didn’t look like the picture on the packaging” ​ 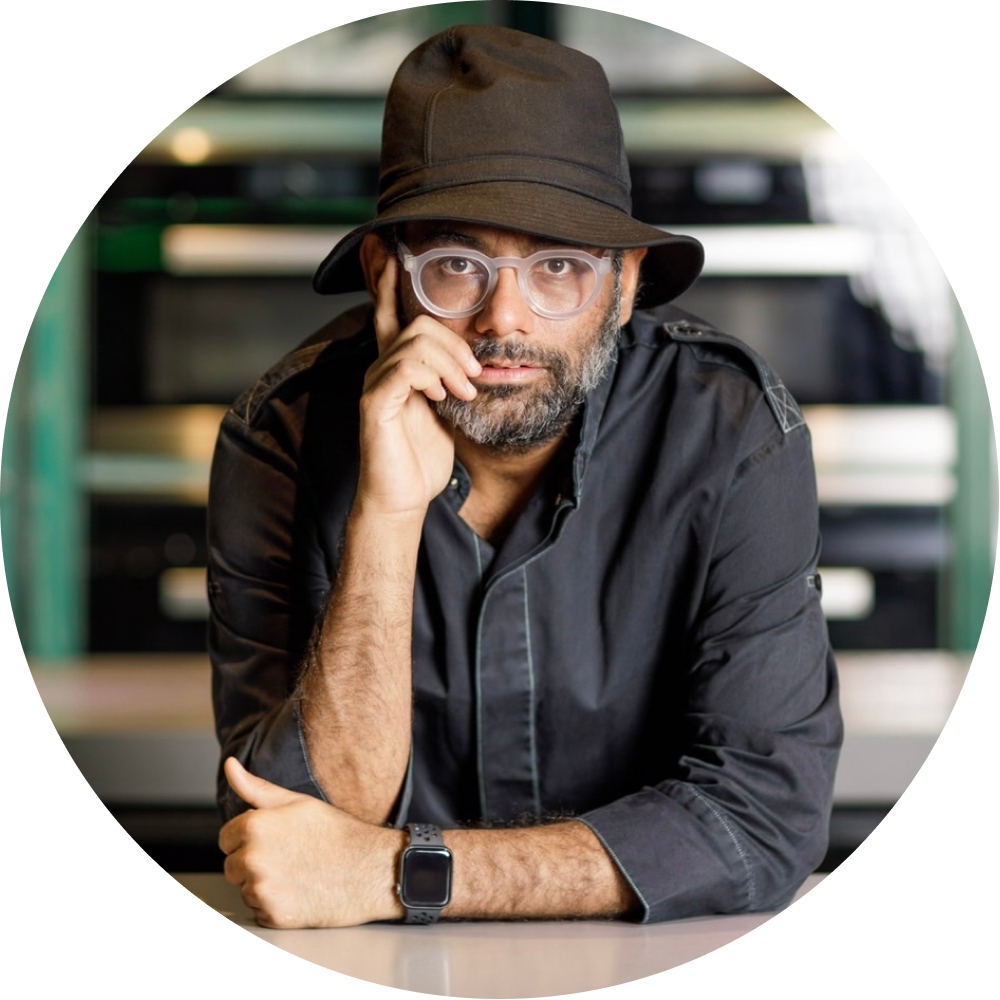 My earliest cooking memories started even before I held a knife. Even before I remember what my age was, I don’t think I could possibly remember how old I was or how mature my eating habits were , but that ride on the back of my Father’s motorcycle to the Sunday wet market was one of the moments. We would get fresh produce and create a menu that we would cook together and this became one of my fondest memories of childhood. I was always caught stealing food from the pots while dishes were cooking. I would dip pieces of bread into simmering curries and this simple act created such fond memories of food.

The first thing I ever cooked was instant noodles when I was six or seven years old. I cried after cooking it because it didn’t look like the picture on the packaging. I grew up cooking with my parents, eating home cooked food with conversations around the dinner table and discussions of menus and dishes to be cooked and served at celebrations and festivities. Thank god cooking is not work, but rather an act of love and affection from you to your loved ones.

I always wanted to be a musician. I dreamt of being a professional drummer in a band, but one day, as a teenager, I realized that my economical situation would never improve pursuing my dream as a musician, so I went to the next thing I knew best, which was cooking. I was admitted to IHMCT Kovalam in 1997, about as far away from home as one could be, and I never looked back. I never saw a horizon without the view of a kitchen with it. I remember my first cooking instructor recognizing raw talent in me. He observed as I cooked glazed carrots, caramel pudding, bread rolls, steak, mashed potatoes and beans, I remember it like it was yesterday. Since then, life has been a complete rollercoaster ride of a journey.

“The year 2000 marked a new millennium and as a young chef graduate, I started as a kitchen management trainee at the Taj Group. There I learned the basics of the industry, but at that point I had not found Indian cooking very attractive, and thus was more interested in learning about western cooking. My mission became to perfect my abilities in French cooking. However life is all about uncertainty, and I left the job on a whim and went on a solo career of struggle, uncertainty, and growth. I had my midlife crisis considerably early back then and learned lessons that you couldn’t buy in the most famous university, but rather ones that only come with reality checks.”

This is when I found love and soul in food. Food that was humble. Food that was Indian. I wanted food that tasted like the memories from my childhood. Things that were domestic, accessible, and easy to relate to. I gained knowledge through precious exposure to talented home cooks and fantastic Halwais (domestic catering and street chefs). My skills soared from their instruction and I still use this knowledge in my cooking style today. Along the way I ran a catering company where I not only made mistakes and got all of the necessary cuts and burns but also became the chef, rather the person I am today.

2007 marked a massive change in my life as I arrived in Bangkok on the 14th of February (Valentine’s Day) ironically running from my past life… and directly into the arms of my future. I took an assignment here on a consulting project and immediately fell in love with Bangkok and its people, its food, and its lifestyle. I took all of this and made this city my home. I worked non stop until November of 2009 and finally felt compelled in my brain and soul to do my own thing. That’s when the idea for ‘Gaggan’ happened then the reality sprang together faster than I had imagined. Things were good and beautiful in the beginning and I was supposed to be the metaphorical horse, racing and winning for my partners. After all the pre-opening struggles and delays we finally opened the restaurant in November of 2010.

This chapter of my life began with a dream, A dream to change the ugly status of Indian cuisine in the world and bring to it a philosophy of progression to make my cuisine equally great among the others. ‘Gaggan’ and its success was innumerable, unable to be measured by any proportions of the time. In 9 years of achieving success with awards, trophies, popularity, and fame we had filled our stomachs but we had no appetite…

In February of 2019, I turned 41 and finally I had achieved almost everything that I could want in this life, but my soul felt empty and my body felt tired and agitated. I felt I was getting grumpier and more upset with the fact that my partners were getting richer and I was getting more and more used. There ceased to be a challenge and because of this no satisfaction or happiness.

The separation process began on the 24th of June, 2019, one day before the World’s 50 Best Restaurants list was to be announced, where we received No.4 best restaurant in the world (the highest ever for a restaurant in Asia). My ex-partners and I held negotiations upon which I gave a fair proposal to take over the majority ownership of my company but greed has no bounds and can ruin the best of relationships. While I was away on a family vacation after this turn of events my ex-partners tried to buy my team from me, bribing them with bonuses and flowery promises. One of the most powerful moments of my life was finding that my team of 65 rebels defied the promises of money and instead chose love and loyalty. They defied greed and from this we were given the strength to follow our passions. I became the leader of a band of rebels who wouldn’t work for money, or fame, or recognition but simply to express our love as a family running a restaurant.

On the 1st of August 2019 we had rented a new place with the intention of opening a new restaurant in record time, approximately 3 months. I left all my fame, awards, trophies, and stars behind to be buried with the fondest memories of my old adventures. As my Mom always says “You have to begin a new journey from the bottom of a mountain,” so here we were starting fresh. In 2 odd months we not only put together a new restaurant, but I was able to spend more time with my wife, Pui, and my daughter, Tara and realizing that I would always value family over fame. I realized that my family is my greatest motivation and my greatest source of happiness. Those who rebelled with me and work with me are now my family too, a tribe of different personalities, characters, mad and wild people who have taught me the best lessons in life. MONEY CAN’T BUY LOVE. All those awards would have absolutely no meaning if I didn’t have these rebels by my side. They are my biggest pride and joy. They are my strength.

I am Gaggan Anand, rebel No.22, and with my rebels we have built a place where we will do our best to give you a memory of a lifetime. A memory of happiness from a restaurant created as an act of Love.